The departure of a partner is regulated in art. 125, para. 2 of the Commerce ActWhich provides potestativno subjective right partner to terminate its participation in the company. Regardless of the reasons for leaving, his right is transformative, regardless of whether it violated his duties as a partner. Leaving has its practical applicability as a way out of the company’s inability to sell a share. It is exercised by a written statement, the legislature uses the term “notice” that statement needs a receipt, written form of reality. There is time – the partner must notify the company of their intention three months before the termination of his membership. The length of time is governed dispositive and articles of association may provide for another term.

Moment that occurs termination of membership relationship is not explicitly defined in law, but the case law assumes that termination should be considered as occurring ipso facto at the time of expiry of the period as for the adoption of a further resolution of the General Meeting of the company does not exist (so in Decision № 46 of 22.04.2010 of the SCC under item. e., the № 500/2009, II t. o., TC ). This solution meets the potestativniya nature of the right to associate. The entry of termination of membership relationship is warning, but not constitutive effect. Next – the settlement of property relations on the occasion of the termination is a result, but in no case provided for its occurrence. consequences

Termination of membership relationship entails the multiple effects as in practical terms the outgoing partner should first be noted pecuniary consequences that each sadrzhunik leaving (exit) aims to achieve. Exit, in this sense, an opportunity for a partner who could not sell its stake in the company for any reason, however, to indemnify the same while terminate its relationship with the company.

Termination is the former partner transformative effect on the occasion of his relationship with the company – the same one occurs monetary claims he is entitled to receive a cash equivalent, a feature of interest in the company. Art. 125, para. 3 defines how to govern the property consequences – namely, based on the balance sheet at the end of the month in which the termination occurred. Basis for making money is an interest to a partner, the amount of which is determined according to its share capital (Art. 127 CC). It is possible the partner to get something else, but this is a consequence of an addendum instead of giving performance between the shareholder and the company. As a rule, chargeability making departed partner comes to the moment of his departure (the deadline).

A major interest for each partner who wishes to have information about their legal options for monetary satisfaction by participating in an LTD is a provision of Art. 125, para. 3, which determines the timing of the balance sheet that will calculate its claim. Jurisprudence ( Decision № 224 of 10.09.2010 of the SCC under item. E., The № 765/2008, II t. O., TC) Assumes that this statutory provision is mandatory in nature and the partners can not overcome it with any agreement to the contrary, neither provision in the articles companies. Personal companies. Company limited liability). Such an agreement would be void pursuant to Art. 26, para. 1 of CPA. In this sense it appears and void proviso that outgoing partner will be satisfied, as the basis for calculations adopt the annual financial statements of the company.

The balance sheet will determine which assets and liabilities should be taken into account when calculating the monetary value of a share. Pursuant to Art. 125, para. 3 Commerical law raises the question of how exactly to calculate the value of the property, in particular that of tangible assets (FTA). According to the obligatory practice of the SCC value of fixed assets in the form of a share according to art. 125, para.3 Commercial law should be determined by experts in compliance with the provisions of the repealed Law on Accounting, Art. 13 in conjunction. With § 1, p. 3 dopaltnitelnite provisions and any applicable accounting standards (Decision № 87 of 6.06.2012, the SCC under item. E., The № 468/2011, II t. O., TC). The decision should be considered obsolete, because References to the provisions did not alter its meaning essentially. The cost of fixed assets will be formed by the historical cost of acquisition or such other price which corresponds to the accounting standards – namely fair price. The definition of fair value has remained the same and the adoption of the new Law on Accounting, “the amount for which an asset could be exchanged, or a liability can be redeemed at arm’s length transaction between knowledgeable, willing transaction buyer and seller.

She’s selling price, stock exchange price or market price. “The annual financial statements should not serve as a basis for calculation. The ultimate goal, the fair amount that outgoing partner should receive is achieved with an inventory and evaluation of assets (and liabilities) of the Company accounted for and valued the time stipulated by law. It should be pointed out that the balance sheet has no binding court material probative and challenge the underlying accounting entries regularity them subject to an express check, while failure of such interim balance sheet of the debtor, on conclusion of the admitted and heard in the course of proceedings specialized legal and economic expertise . Termination of shareholder

As a conclusion, it should be pointed out that although the shareholding which serves to determine the making of outgoing partner to resemble a liquidation share, it differs from it in the operative event and, therefore, should not be treated equivalent. Their value may substantially differ. Termination of shareholder 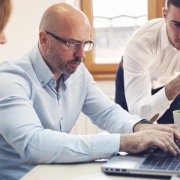